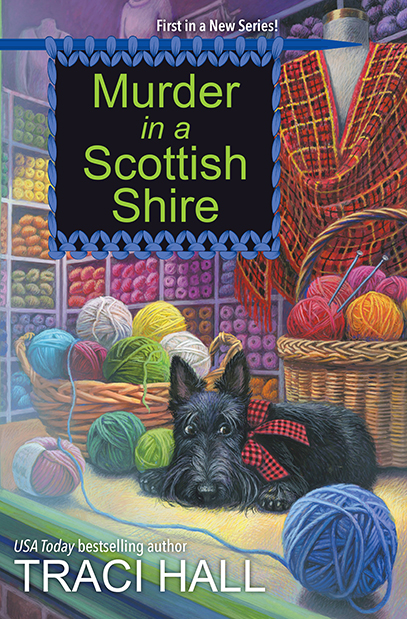 Murder in a Scottish Shire –
Book #1

Known as the Brighton of the North, Nairn is both a charming Scottish town and a popular seaside resort—but to Paislee Shaw, it’s simply home—unfortunately to a murderer . . .

For a twenty-eight-year-old single mum, Paislee has knit together a sensible life for herself, her ten-year-old son Brody, and Wallace, their black Scottish terrier. Having inherited a knack for knitting from her dear departed grandmother, Paislee also owns a specialty sweater shop called Cashmere Crush, where devoted local crafters gather weekly for her Knit and Sip.

Lately, though, Paislee feels as if her life is unraveling. She’s been served an eviction notice, and her estranged and homeless grandfather has just been brought to her door by a disconcertingly handsome detective named Mack Zeffer. As if all that wasn’t enough, Paislee discovers a young woman who she recently rehired to help in the shop dead in her flat, possibly from an overdose of her heart medicine. But as details of the death and the woman’s life begin to raise suspicions for Detective Inspector Zeffer, it’s Paislee who must untangle a murderous yarn . . . 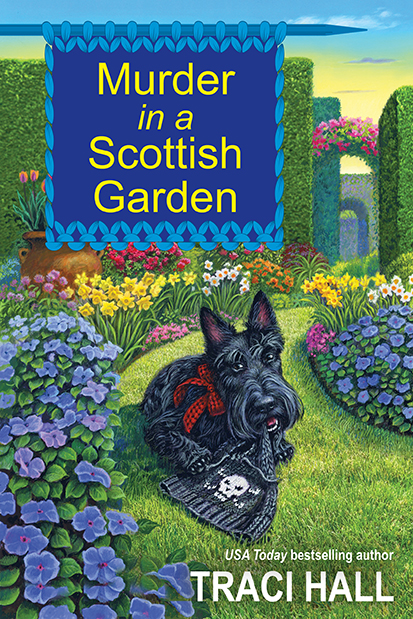 Murder in a Scottish Garden –
Book #2

In the charming Scottish shire of Nairn,sweater shop owner Paislee Shaw must root out a garden variety killer. . .

Paislee’s custom sweater and yarn business, Cashmere Crush, is the sole support for not only the single mum and her ten-year-old son Brody, but also her eccentric Gramps and Wallace, their black Scottish terrier.So when her landlord, Shawn Marcus, serves her an eviction notice and then pulls a disappearing act, she’ll go to any lengths to find the man and reason with him.

Shawn is heir to the Leery Estate, which Brody’s class will be visiting on a field trip. So Paislee volunteers to chaperone in the hopes of tracking down Shawn and killing two birds with one stone. Unfortunately, the only one killed is a man Paislee sees falling out of the hedges after being shot. It’s not her missing landlord, but Lady Leery’s nephew, Charles Thomson. Gruff DI Mack Zeffer is on the case, but Paislee also has a stake in flushing out the shooter. With suspects sprouting up like weeds, Paislee may need to hedge her bets until she can determine who is trying to lead her down the garden path . . .

Murder at a Scottish Social –
Book #3

Sweater shop owner Paislee Shaw puts the yarn in Nairn, but a killer has put poison in some Scottish shortbread cookies . . .

Opening her shop Cashmere Crush and making a new home for herself, her son Brody, Gramps, and their black Scottish terrier Wallace in the beautiful Scottish village of Nairn is a dream come true. So Paislee is happy to give back by donating a luxurious cashmere sweater for an auction to raise money for the Nairn Food Bank. She’s less happy to make the acquaintance of a clique of competitive moms at the charity event, who treat a baking contest like it’s life or death. It turns out to be the latter for Queen Bee Kristin Buchanan when a peanut-laced shortbread cookie triggers her fatal nut allergy.

Who would poison Kristin? How about half the town? But when Paislee’s pal Blaise is suspected, the sweater-selling sleuth leaps into action to unravel the mystery. Along with gruff but handsome DI Mack Zeffer, she has to sort through a batch of suspects without becoming this cookie-cutter killer’s next target…